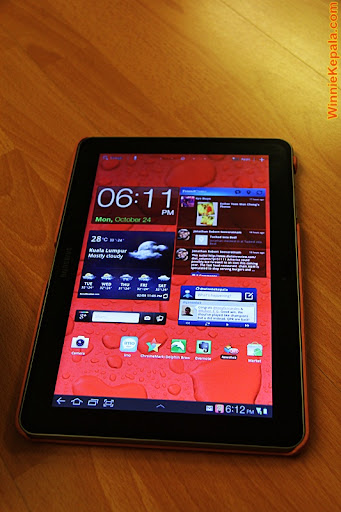 If you’ve been reading my blog, you’d know that I had previously owned the original 7 inch Samsung Galaxy Tab. Check out my review of that tablet here.

The follow up to that, Samsung Galaxy Tab 10.1 was announced in US prior to iPad 2 being announced. It originally had a 5 megapixel rear camera and was a little thicker. Once iPad2 was outed, Samsung immediately went back to the drawing boards and revised their tablet – since it was only announced and not being sold yet.

And then – the newly improved Samsung Galaxy Tab 10.1 is out. The original version is quickly named 10.1v and was sold in selected operators in US and UK. Everywhere else, we get this new 10.1 which is thinner than the iPad 2.

Click on to read my full review of this Samsung Galaxy Tab 10.1 that I’ve been using for the last 2 months now. 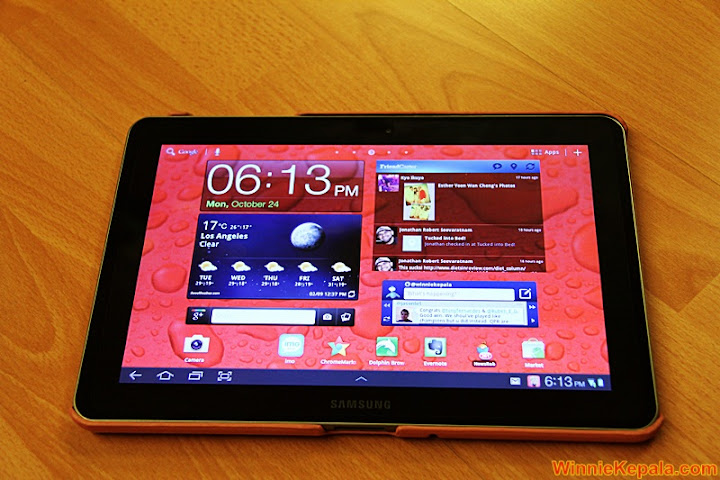 This model is known as P7510 on Samsung’s website. Here’s a quick spec list of the tablet:-

The model sold in Malaysia are mostly the 16GB version. Although you would be able to find dealers with the 32GB model and (if you’re lucky) 64GB model. 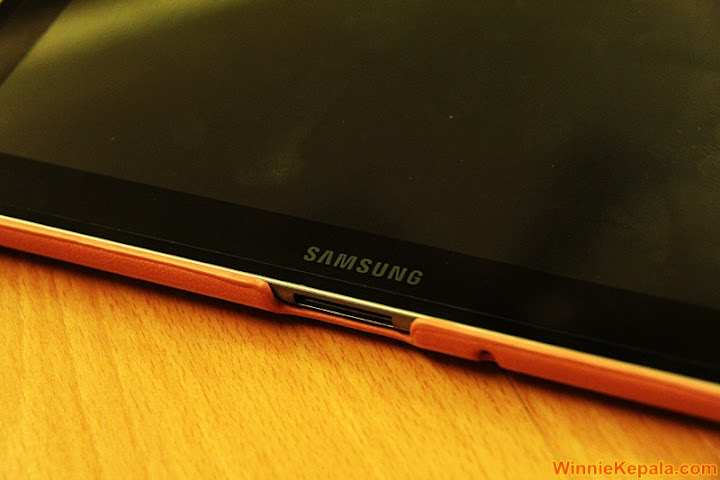 At the bottom of the tablet (on landscape) is the proprietary Samsung port where you plug in to charge or sync files with your PC. 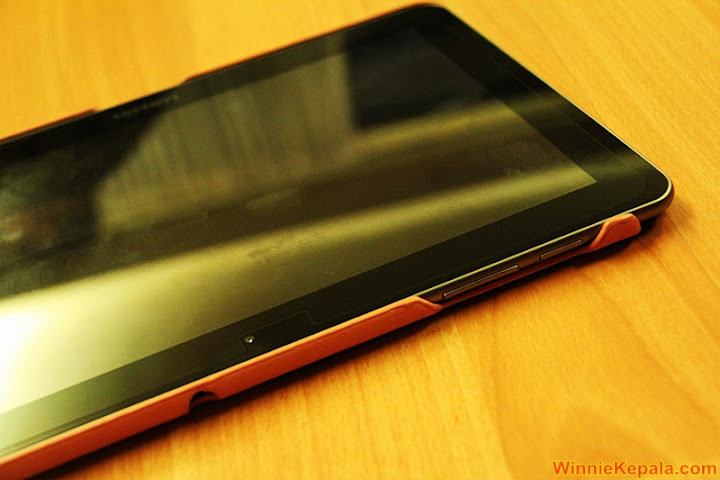 At the top (on landscape) you will see the Power On/Off button and the Volume Rocker. Slightly further from that, you’ll get the 3.5mm headphone jack. 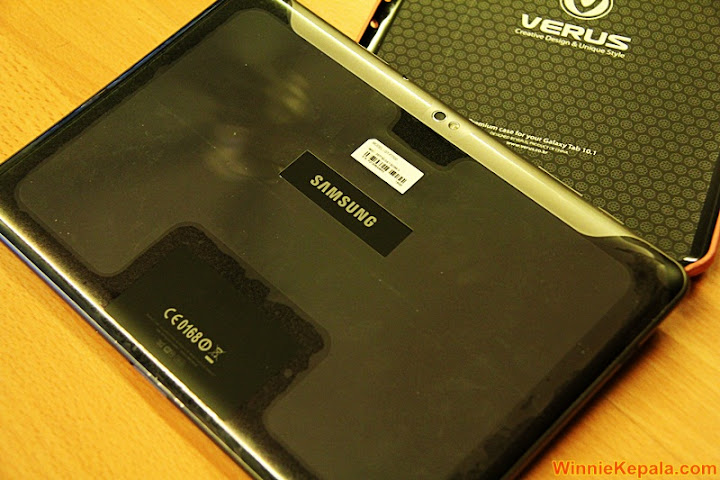 The back of the tablet is black. I have not come across the white back version here in Malaysia yet. Nevertheless, these are cosmetic difference. 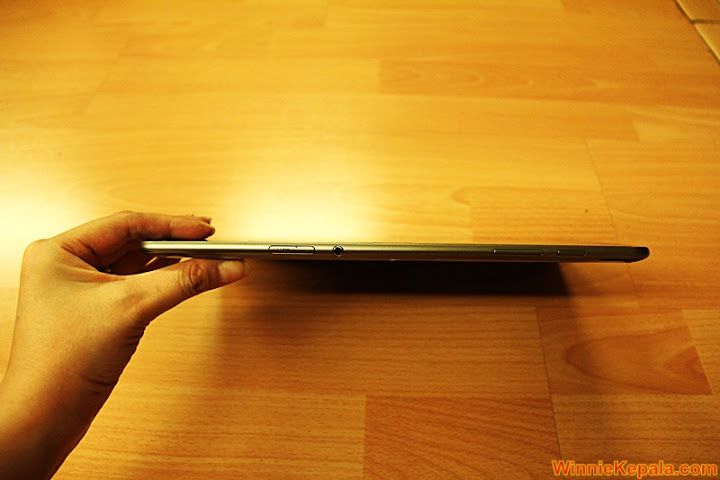 I am not exactly a fan of Samsung’s TouchWiz User Interface. I am more of a HTC Sense fan. This basically means that Samsung have included a navigation skin on top of the Android OS. The purpose of this is to make the tablet more user-friendly.

In this case, Samsung has also included some other features to the tablet. Most noticeable is the Screenshot ability right on the bottom navigation bar, along with Android’s original Back. Home and Multi-Task icon.

Samsung also added more widget options for the tablet. The great thing about Android Honeycomb tablet optimised OS, is that you can resize your widgets. With the additional Samsung clocks, weathers and other widget options, all resizable. Excellent!

Notifications on Android smartphones are by sliding down the notification shade from the top. With Honeycomb OS, notification bar is at the bottom right along with the clock, network signal and battery info.

As you can see from the picture, Samsung added an additional slide up function where you’re able to access Task Manager and other quick launch for Calendars, etc. Very handy, indeed.

The Android Honeycomb 3.0 OS is the latest OS you can get for an Android tablet today, so you’re definitely updated in terms of software. Well, at least until the new Android Ice Cream Sandwich 4.0 OS is released in November 2011. 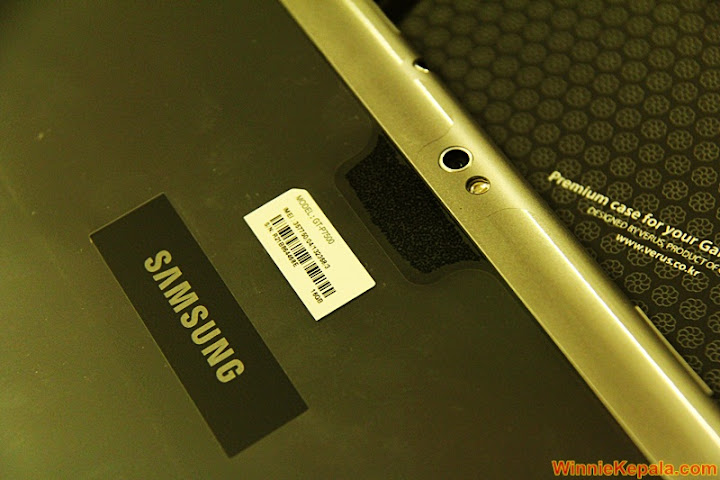 The rear 5 megapixel camera comes with flash. Samsung has always been rather good with their cameras (unlike HTC) so pictures turned out clear, sharp and bright. Even with the flash on, images don’t look too harsh.

Even with a TFT (non-Super AMOLED) display, I honestly cannot feel a major difference with picture and video quality. 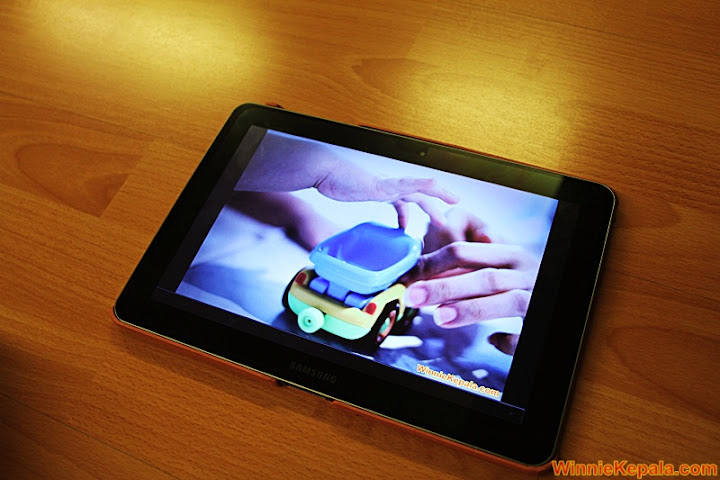 Here’s a picture that I took from my DSLR loaded into the tablet. The details, even after zooming in, is still in perfect display quality. 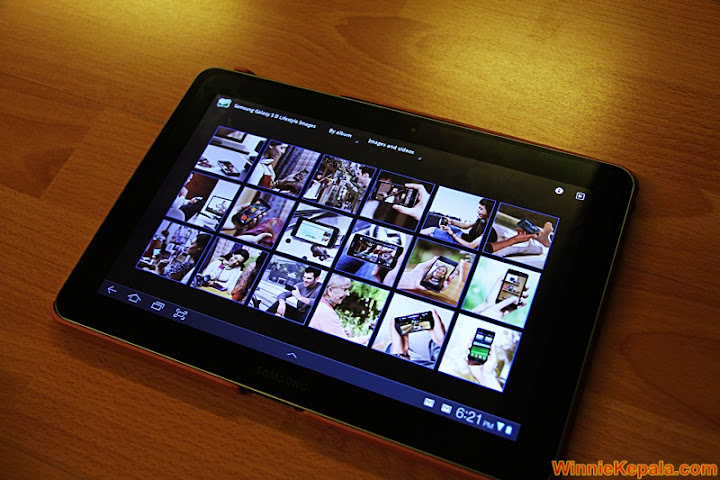 One of the greater things about storing and/or copying images to the tablet is the sync to your Picasa Web Albums. Like Flickr, I have a number of albums and pictures on Picasa. it’s automatically synced to my tablet for viewing or when I need to show off my images.

Viewing videos on the tablet is a dream. Well, one of the major reasons why anyone would want a tablet is for multimedia – more specifically video viewing. 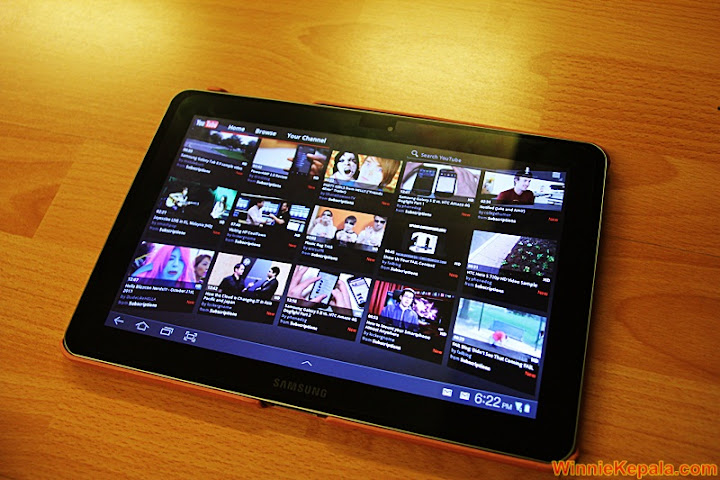 Watching YouTube on the tablet is amazing. It even renders the videos in HD, so you don’t get the low resolution mobile display. But a full HD capable video streaming. AWESOME!

The SGT 10.1 does not come with expandable memory slot. This means you’re stuck with 16GB – 64GB of memory for your tablet, whichever size you purchased.

I wanted to be able to carry my tablet with me and store pictures I took on my DSLR to my tablet when I travel. So I don’t have to bring my laptop along. So, I purchased the optional ISB Connection Kit which comes with an additional SD card reader and micro USB adapter.

This USB Connection Kit is very handy. I can copy files from an SD card to my tablet with this adapter. Additionally, the other adapter allows a micro USB charge / connection to the proprietary Samsung port on the tablet. One less cable for me to carry around for my travel. I like it!

I needed to protect my tablet from scratches and what not. If you know me, I am a crazy case lady. I buy A LOT of cases for my gadgets. 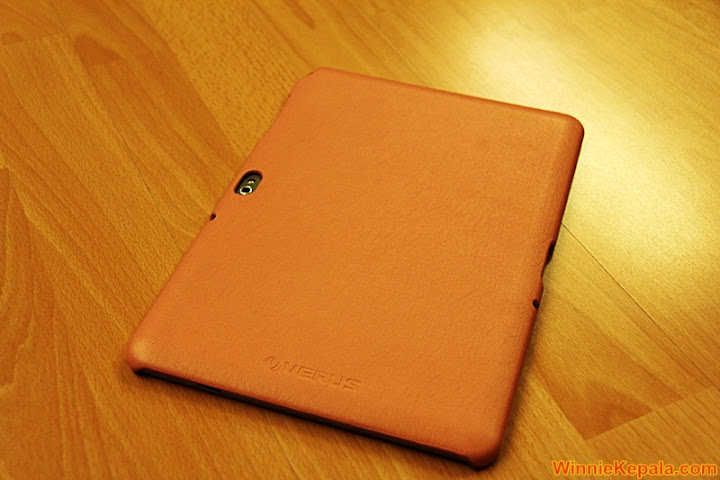 I ordered this original Verus hard back case in peach colour from South Korea for my tablet. It is unfortunately, not sold here in Malaysia and is very sturdy and well built. Although it doesn’t quite protect the front (other than my Screen Protector), I use my tablet mostly at home.

Because one case is not enough… 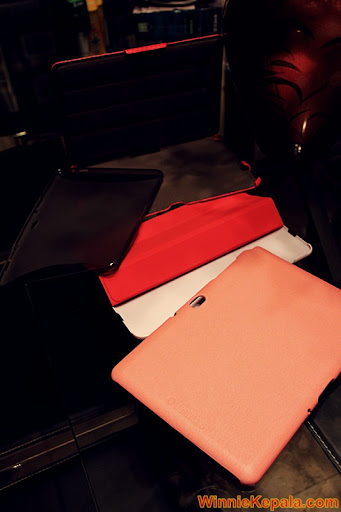 Here’s the collection of 3 other cases I have to protect my tablet. There are 2 book type faux leather cases (one Smart Cover ala iPad2 cover with backing) and one gel soft skin. I ordered most of the cases from eBay.

There are a bunch of other sites that are selling cases here in Low Yat Plaza in KL. Alternatively, you can hunt online for more cases to ship over and protect your beloved tablet.

For RM 1,899 RRP (Recommended Retail Price), it costs about the same as you would spend on a smartphone. So, really, it’s not that expensive.

If you still don’t want to hurt your wallet, you can still purchase this tablet for the cheap through mobile operators by signing up to one of their data / voice plans.

At the moment, you can purchase the Samsung Galaxy Tab 10.1 from these operators:-

Surprisingly, Maxis is not offering any packages for this tablet.

Should you buy it?

It will be unfair if I don’t tell you about the new tablets coming out. So I have to warn you that Samsung has already started selling different sizes of the same tablet in other countries.

The exact same tablet software, etc but with a different screen size of 8.9 inches and a NEW 7 inch version running on the same specs.

If you want to read more reviews on this Samsung Galaxy Tab 10.1, do check out the Engadget review here and my favourite in-depth review site, TechRadar here.

If you’re unsure if the Samsung Galaxy Tab 10.1 is up to par with the iPad 2, read this comparison article here.

In conclusion, this is the SECOND best-selling tablet worldwide. Number 1 is, of course, the iPad 2. Coming second best, is really not that bad. 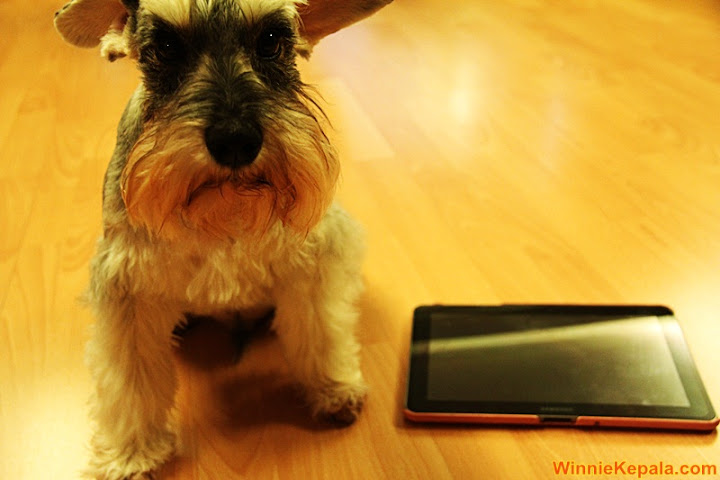 Look, even my doggie is fascinated with the Samsung Galaxy Tab 10.1.

Note : Money is tight lately, so I’m selling this SGT 10.1 on LowYat Forum, along with the accessories that you see on this post. Head here for more info.