A little while ago, there were a bunch of OS death matches between Apple’s Snow Leopard vs Windows 7.

CNet’s review here showed that Apple won. A few days after Mashable ran a poll (seen here) among their readers and guess what – Windows won. Just Google “Snow Leopard vs Windows 7” and you know what I mean about this never-ending fight between the “Fruity people” and the Windows lovers.

As some of you are already aware, I am truly a gadget freak. It’s been about 5 months (I checked the receipt) since I got my HTC Touch Pro 2, which is an incredible Windows Mobile smartphone with a slider QWERTY keyboard. I absolutely love the hardware keyboard as I use it lot for my SMS and work e-mails. Nothing beats a hardware keyboard, IMHO.

I have also recently upgraded it to Windows Mobile 6.5 and got some excellent apps in there to be fully customised to my needs. There are thousands (if not millions) of Windows Mobile apps out there, contrary to what iPhone wants you to think when they try to impress you with their 100k strong app store. Windows Mobile have been around for years. There might not be a consolidated App Store like Apple’s iPhone. Don’t believe me? Google Windows Mobile app and see the results. There are specific gaming app sites, business / productivity app sites, freeware app sites, paid Handango sites – and so much more I can’t name them all.

The other thing that I love about Windows Mobile is the fact that their devices can read and edit Office documents, which I use quite a lot. I can tell you that your iPhone can’t do that. Even the Blackberry and the Nokias have limited usage of Office documents. Some might allow you to view only, unless you wanna part with some money and buy a Documents-To-Go app. Since Office files and WinMo devices came from the same company, Microsoft – you can do it all through the same platforms.

Not to mention, it syncs perfectly well with my work Exchange. All the companies I have worked for supports that. Chances are, if you’re running an Enterprise work e-mail, you’d have Exchange servers. I get immediate push e-mail on my phone (meaning, I get the e-mails on my phone as soon as it arrives in my inbox). Also, all calendars, tasks, contacts and e-mail syncs effortlessly on my phone. Other smartphones in the market supports Exchange, too but personally, it’s not full feature support. For example, Nokia phone’s Exchange support does not show you Attendees list on Calendar appointments.Of course, Blackberry supports all this, too (older ones don’t do HTML e-mails) but you pay for Blackberry licenses. 😛

Instead of ranting on about how much I love Windows Mobile, I have always maintained that it all boils down to personal preference. I know some die-hard Apple fanboys (ahem! You know who you are) and I occasionally get into heated debate with them on this topic. You can’t dismiss that Windows and Apple lovers belong to two very different clan of supporters.

Believe me when I say this – I have truly tried every OS available on mobile phones. I might not have owned all possible OS but I have played with most of them. I am omitting the proprietary OSes in this generic statement – like Korean or Chinese phones, T-Mobile’s Sidekicks, etc. All of them have their respective pros and cons. I can easily advise people what kind of phones suits them best for their needs and I think I should charge for this “consultation”. As much as I dislike the iPhone, I would still advise some people to get them if their needs, preference and usage suits it. Honestly!

Windows Mobile are usually for slightly more hard core users. Reason I say this is because there are really endless possibilities with the OS. Like running a PC, you can install all kinds of softwares on it, modify the OS in some way, change the skins, themes, navigation, etc. There are really a lot you can do with it. Again, in comparison to iPhone, you can’t even remove the battery! They’ve only recently updated their hardware to allow you to cut and paste?? ‘Nuff said! 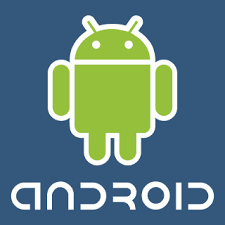 The only other OS that can possibly sway me away from my loved WinMo is Android. I have to say that I have been thoroughly impressed with Google over the years. For such a young company (compared to Apple and Microsoft), they have done an excellent job at slowly (but surely) taking over the world and the competitor’s market share.

I look at my life today and realised that in the recent years, I am slowly being converted to allow Google to take over my everyday usage.

I surf with Google Chrome because Internet Explorer’s instability is pissing me off.

Google will eventually take over not only Microsoft or Apple but going ofter the other boys with the launch of the upcoming Google Books (competitor : Amazon), Google Music (competitor : iTunes), Chrome OS (watch out Microsoft and Apple again) and much more.

The guys at Google have been impressing me so far. Android is only a year old and their latest release for their mobile OS is on version 2.0 (codename : Eclair) after Donut (version 1.6) and Cupcake (version 1.5) which are names that make dessert lovers drool.

I have played with several Android devices in the past and love them but not enough to make me move yet. I still believe that their products are still new. I’m willing to take some time for their engineers to mature their OS for awhile more before I jump ship. There are still little things and features that I love about WinMo that Android has not completely mastered today.

Of course, all this love shown to the Windows fella, that I forgot about the Penguins… Yes, I’m talking about the Linux guys. I have not forgotten you, you’re still here, I know…